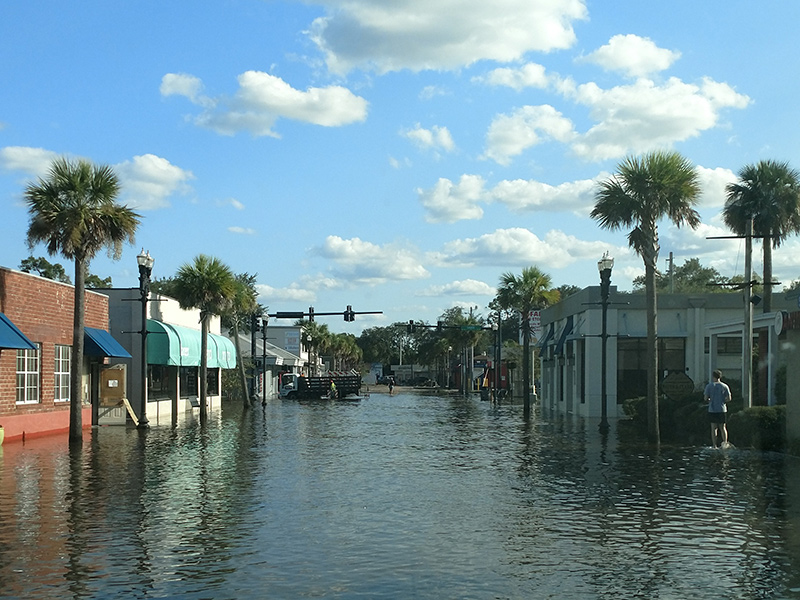 UPDATE: The Florida Rapid Response team has set up a base near Jacksonville, as well as in Orlando where several hundred houses are flooded. Our generator trailer with 21 generators is being used in Georgia where the power is still out. We are also researching the flooding in Charleston, South Carolina, and plan to investigate needs in the Florida Keys where 90 percent of the homes are damaged or destroyed.

Hurricane Irma, now downgraded to a tropical storm, continues to bring dangerous winds and heavy rain throughout northern Florida and into Georgia and South Carolina.

Our Search and Rescue personnel have been dispatched to Jacksonville, Florida, where some of the heaviest rains have fallen since Hurricane Irma hit Florida. The St. Johns River, which runs through the city, is overflowing its banks, leaving people stranded as the floods rise over 5 feet – a foot higher than the city’s record flood in 1964.

Several of CAM’s Rapid Response teams are out today assessing the damages near Miami and Naples where the eye of the storm made landfall on Sunday. There will likely be lots of work to help with cleanup, putting tarps on roofs, and clearing fallen trees and debris.

Pray for the safety of our teams as they travel, help with rescue, and make connections with those devastated by Hurricane Irma.